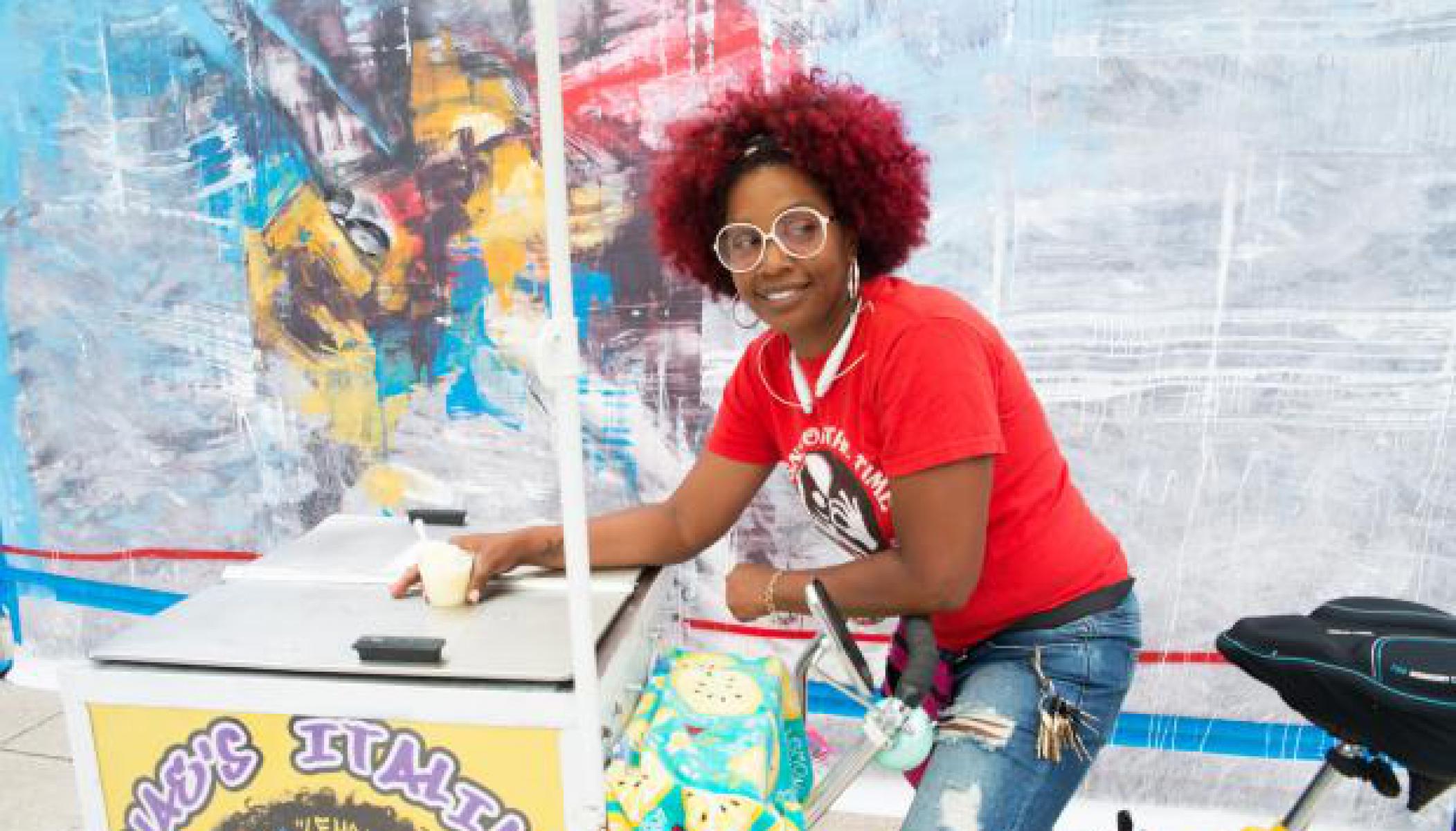 During the academic year, Nae Dailey is known as a sign language and performing arts teacher in schools around Rockaway.

Once it's over, though, she becomes the "ice lady," riding around the peninsula on a specially-made bike while blasting disco and selling unique Italian ice flavors.

Dailey, 46, moved from East New York to Rockaway Beach in 2011, bringing the route along with her.

She started her summer, and sometimes after-school, job eight years ago after buying a cart from a sorority sister. The gig makes sense for her as a teacher, she said, and in the past she's hired her former students. "I've been on a roll ever since," she said.